On Boxing Day 2014, Tom Ford released 50 shades of miniature lipsticks. They were limited edition and released on a whilst stock lasts basis. The shade range was varied and I think everyone would be able to find a 'Boy' that suited them. Each lipstick has a boys name and was named after a man in Mr. Ford's life.

I originally ordered two shades - Justin & Cooper but then gave in a couple of days later and ordered another three - Flynn, Michael and Jack. David Jones was unusually slow to ship and I didn't get a shipment notification until a week later and even though they were ordered days apart, both parcels arrived on the same day.

None of the shades I purchased are still available online and I had planned to have this post up much sooner but between the slow shipping and my horrible photography skills it was delayed. So apologies in advance but I couldn't resist sharing my 'Boys'. 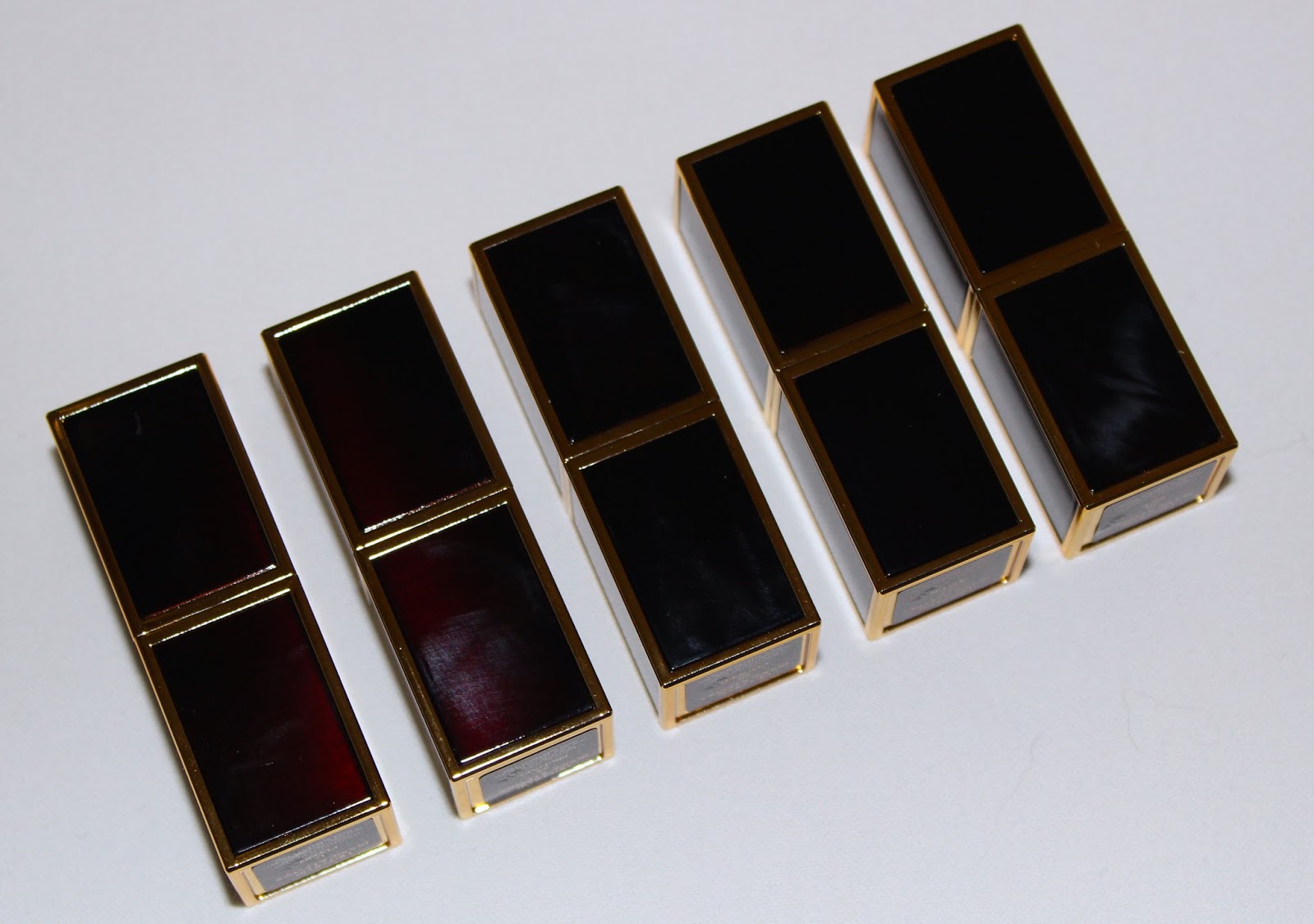 Whilst these are considered a miniature size, they do not loose any of the luxuriousness that Tom Ford is known for. The cases are made of the same high quality materials and has the same weighty feel to them. The actual cases are only about 3mm smaller in both width and length and about 1.5cm shorter in height. 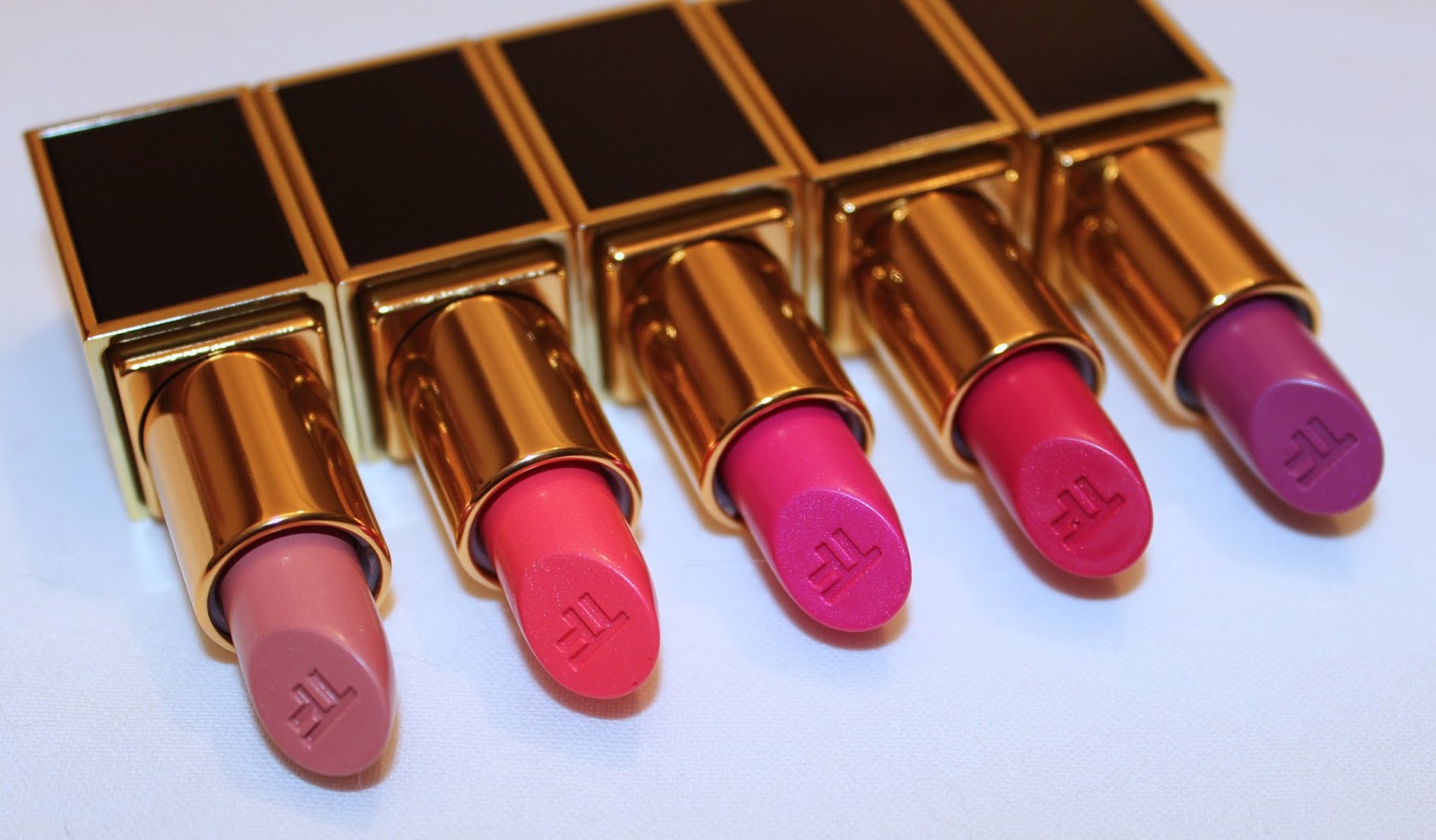 The actual lipstick bullet is smaller but does not feel weak or like it will break with use (like many miniature lipsticks do). The actual weight of the lipstick in the Boy size is 2g and a normal Lip Color is 3g. Using Australian prices the weight per gram works out to be very close. The Boys are $22.5/g and the full size are $22.67/g. 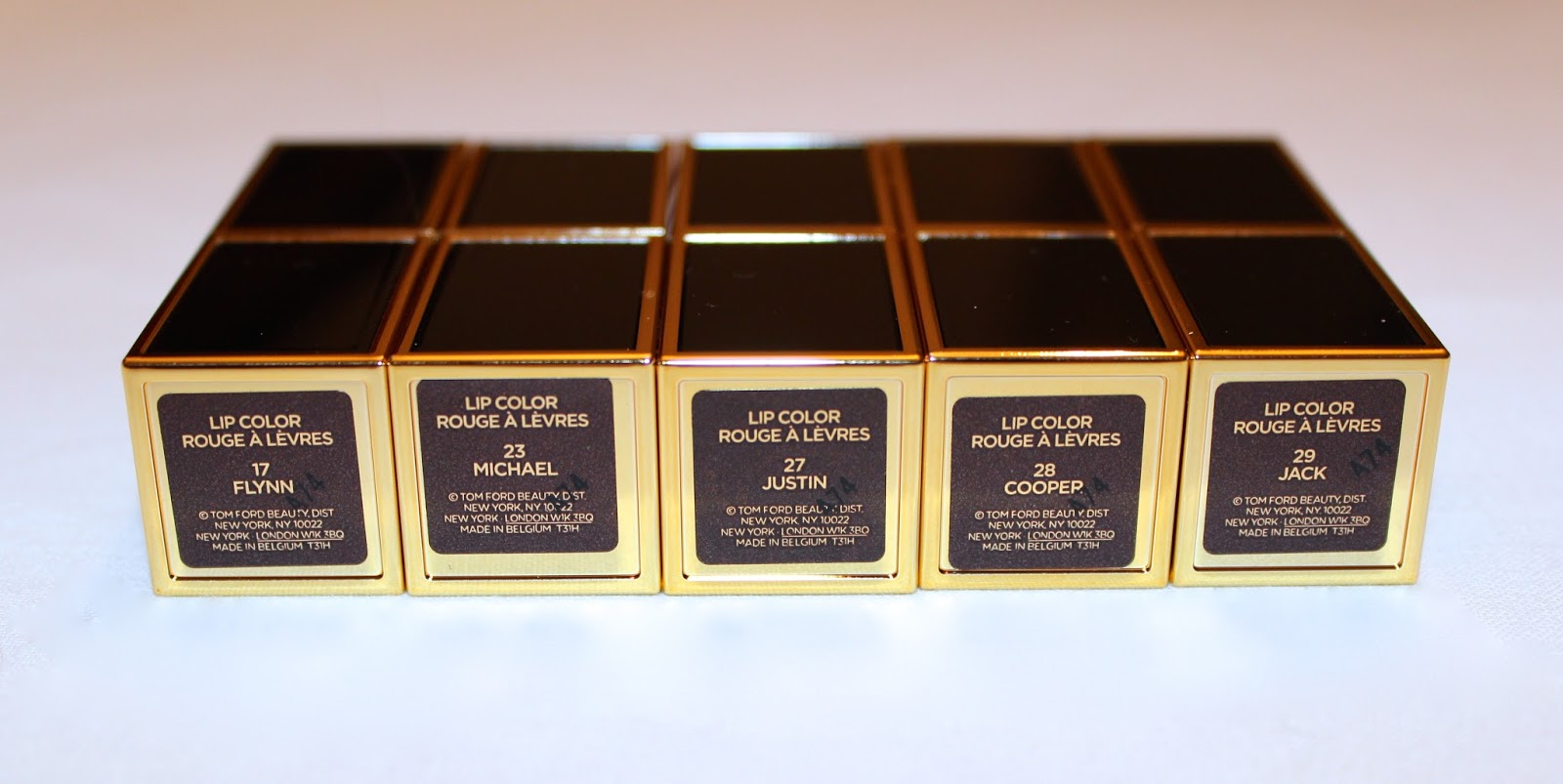 Since these have been in my stash for a month or so now, I have a had a good chance to try them out. I have found them to be the same fantastic quality that the original Lip Colors are - pigmented, creamy, long lasting and comfortable to wear. They glide onto lips and I have found they last really well for a creamy and comfortable formula. 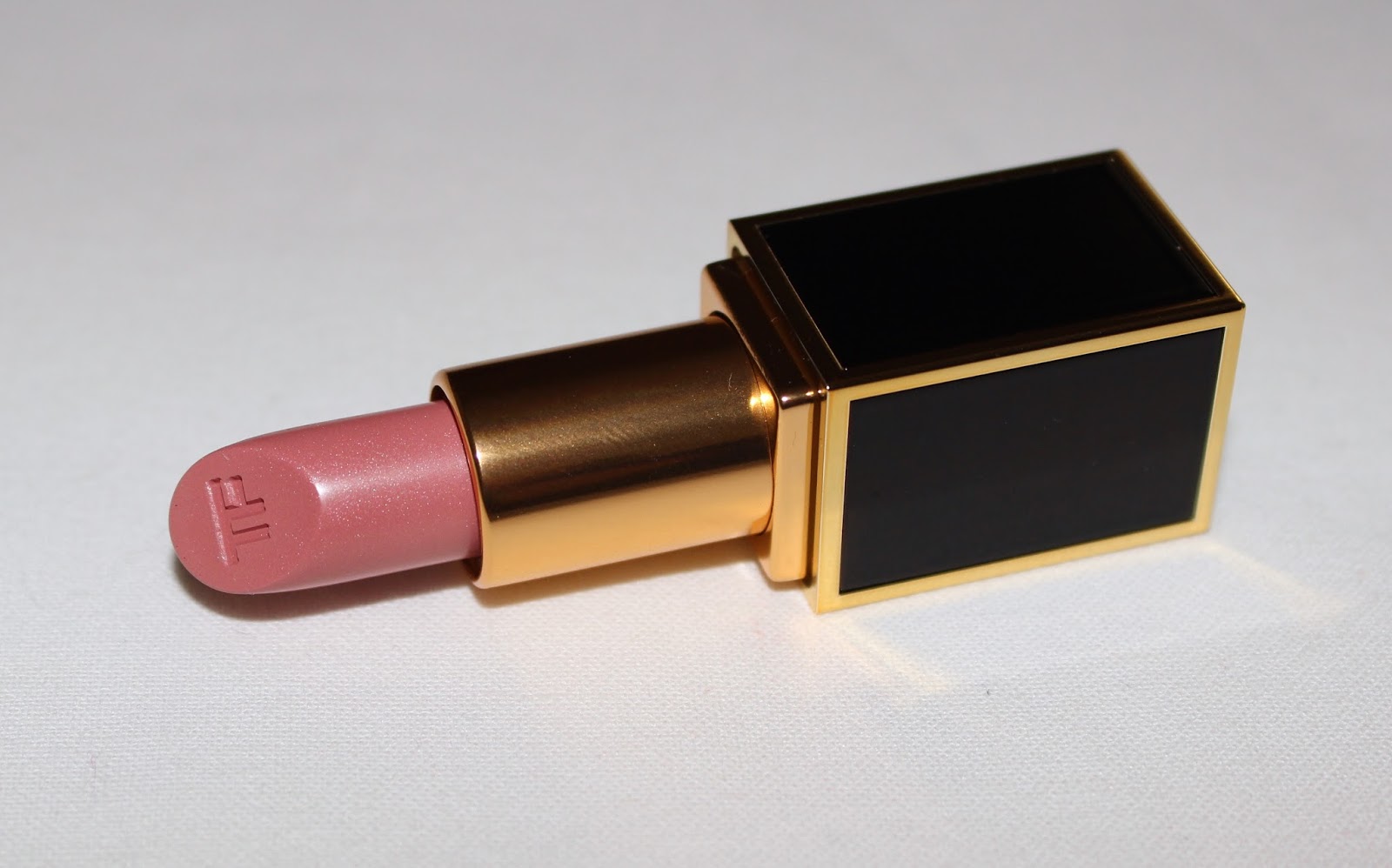 Flynn
Flynn is a medium, nude-pink with slightly warm undertones.

To be honest I really wanted Julian but that was sold out so I settled for Flynn. This is the Boy I have worn the least, it just doesn't really work with my complexion. It makes me look a bit washed out. More  experimentation is needed to make this shade work for me.

Nothing is wrong with the formula though, it is creamy, pigmented and very beautiful. 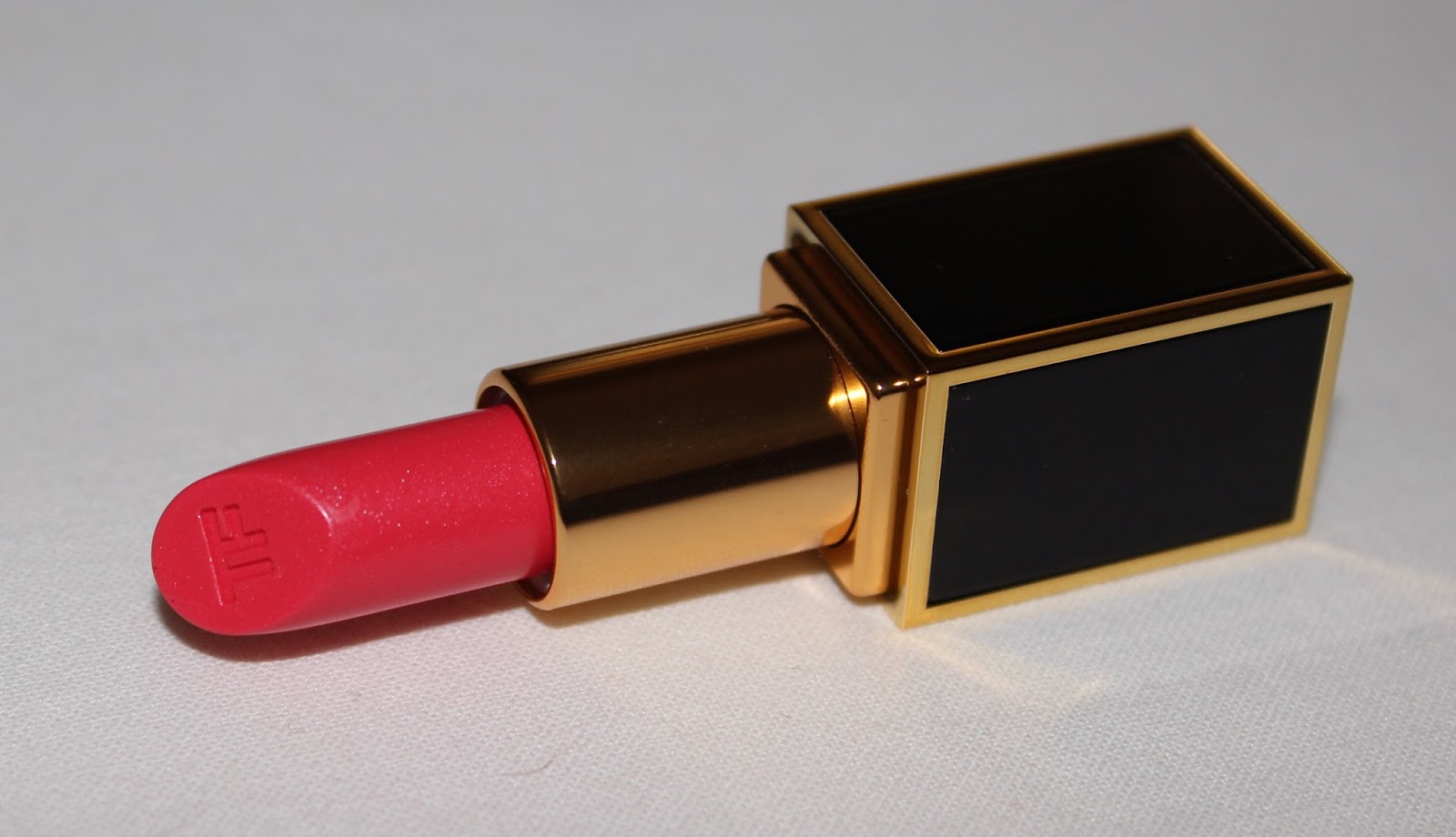 Michael
Michael is a warmish, coral-pink shade with a slight frost.

I wasn't sure whether Michael would suit me but I wanted a more coral shade from the collection so it was added to my cart. The shade is actually really nice on and oh so creamy on the lips! I was worried about the frost but it is barely noticeable on the lips, it just stops the colour from looking flat. 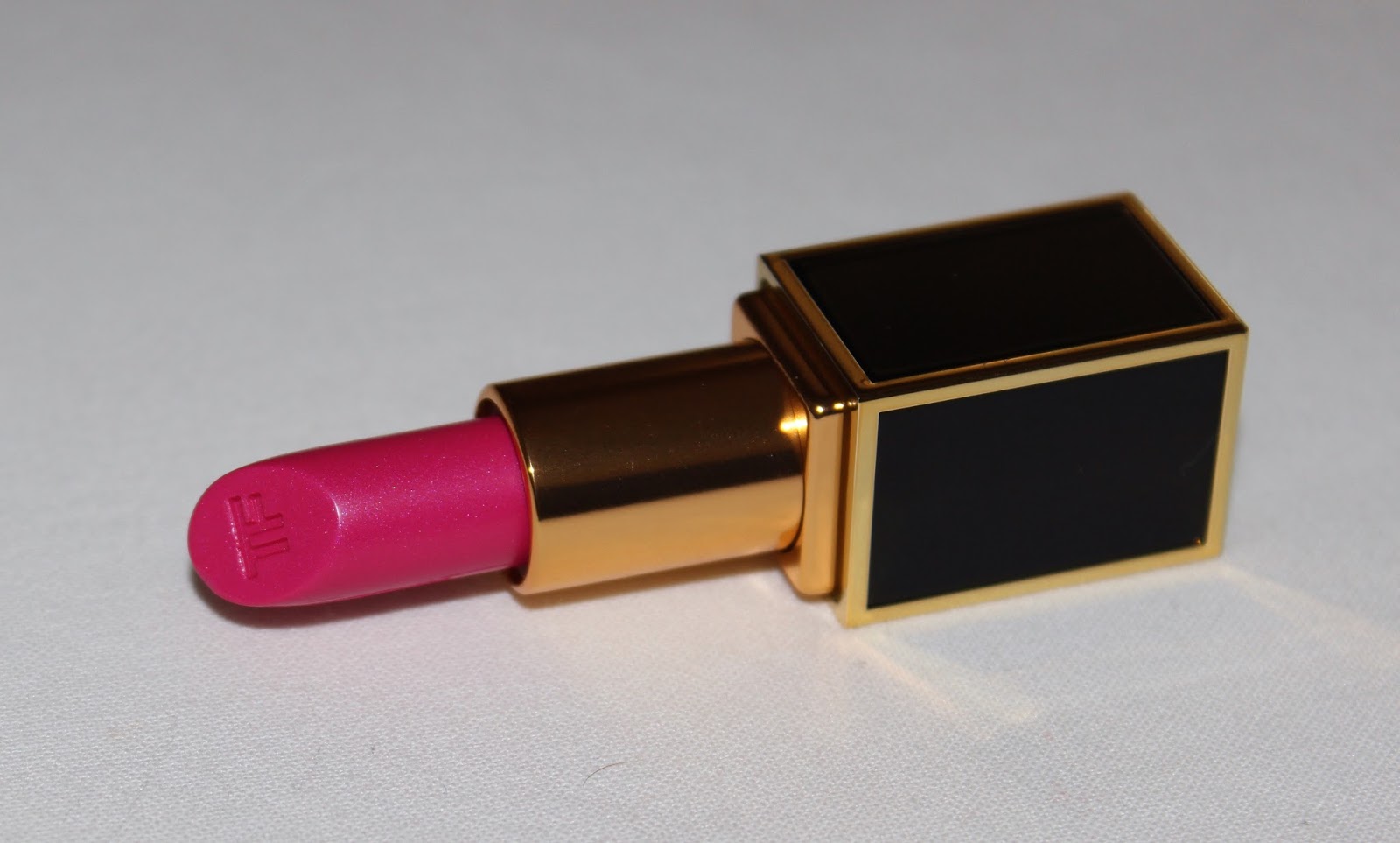 Justin
Justin is a cool, fuchsia-pink with fuchsia and blue pearl.

I knew I had to have Justin the moment I saw it online. It is such a me colour the name made me think of Justin Timberlake (my teenage years celebrity crush). Justin is a beautiful bright pink, the type of lipstick that I always reach for. 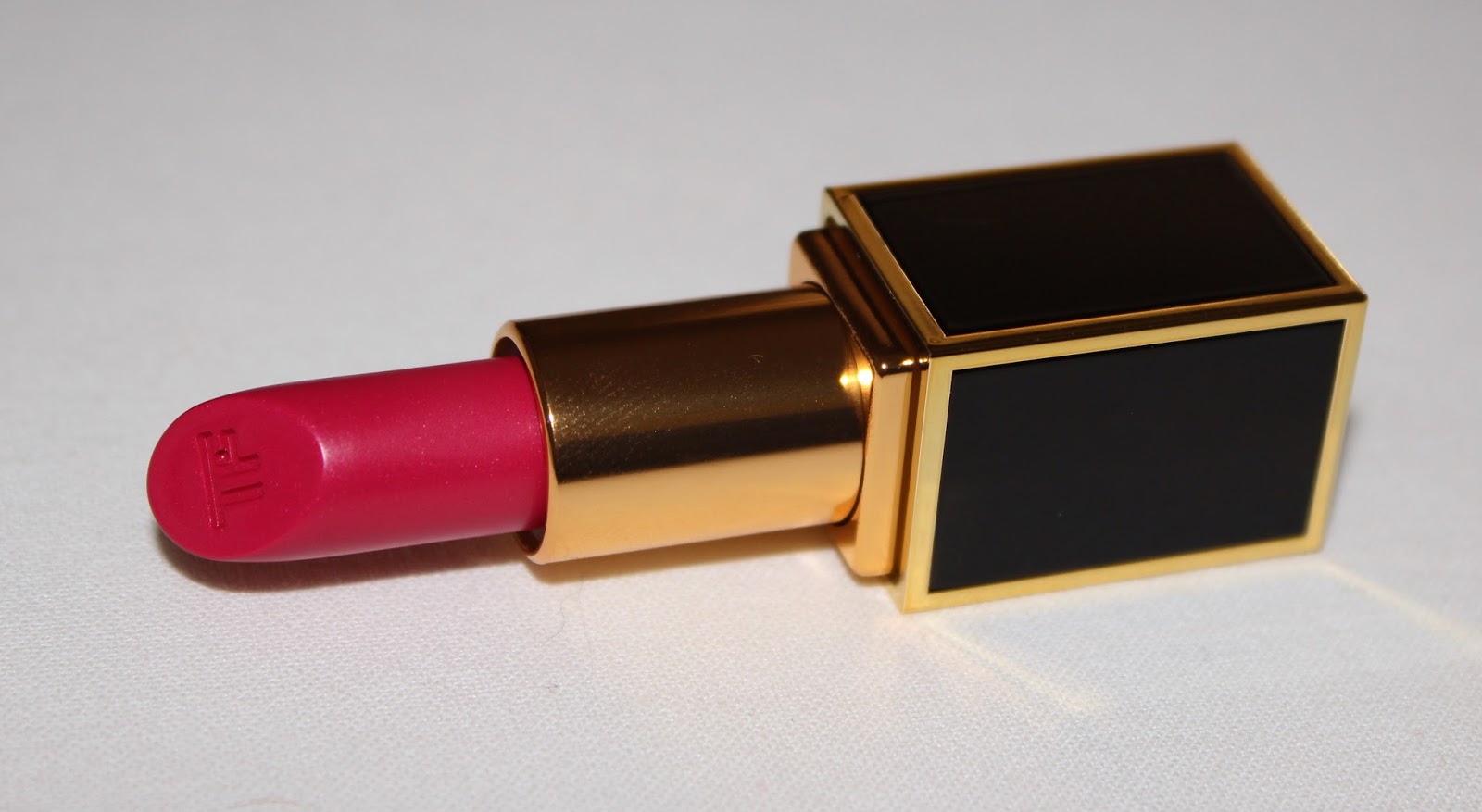 Cooper
Cooper is a darker fuchsia shade with cool undertones.

I consider Cooper a more serious or adult version of Justin. It isn't quite as bright and for me it makes it feel a little more grown up and 'boss lady'. On my lips it is more of a pinky-red but definitely more on the pink side. 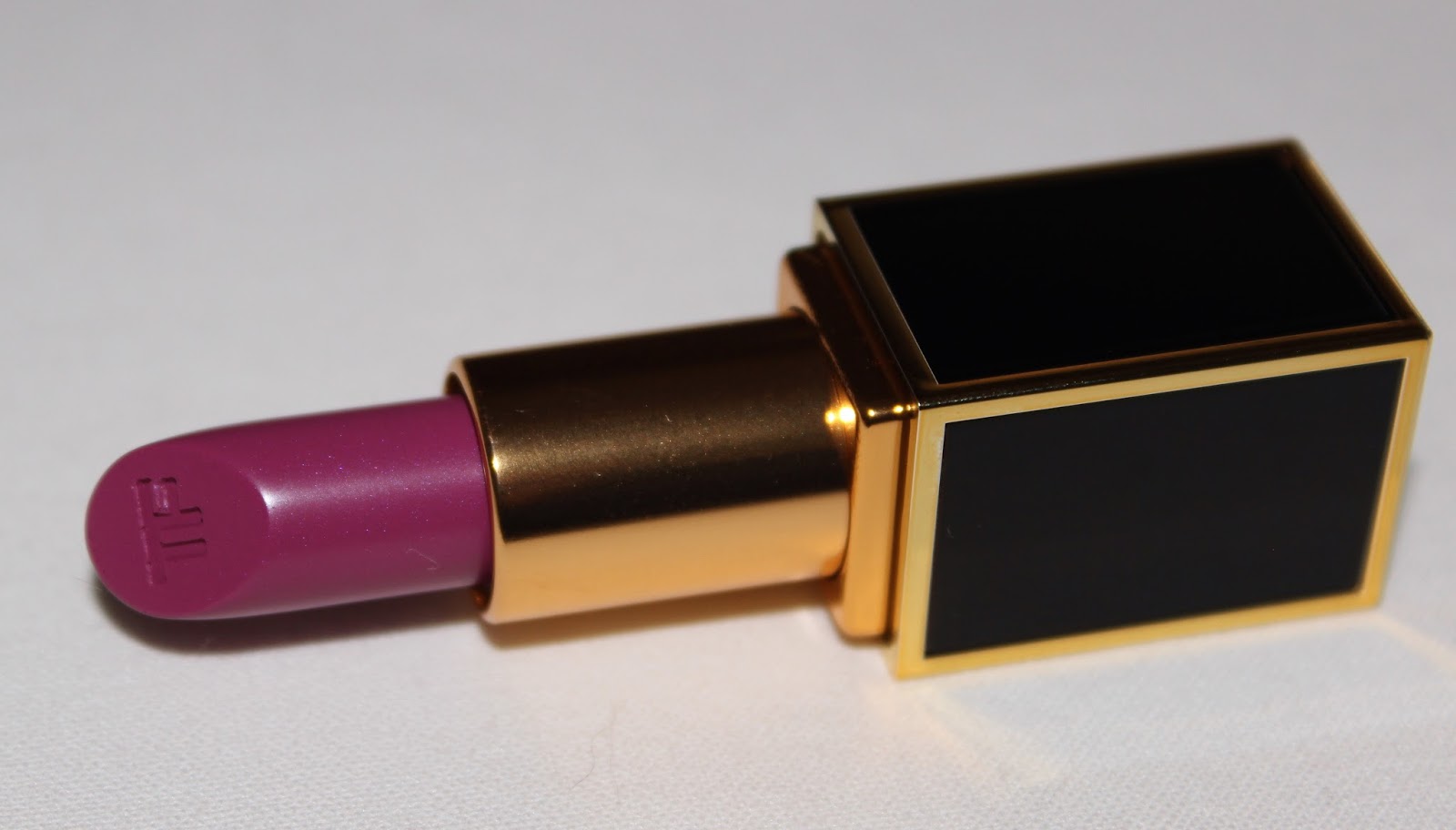 Jack
Jack is a purple toned pink with cool undertones.

I'll admit, I was worried when I opened this one and saw the colour of the bullet. It was purple and I don't wear purple lips (I don't feel they suit me). Luckily the colour looks completely different on my lips. It becomes a very pretty orchid pink that I really like on. Jack has probably been my most worn Boy. 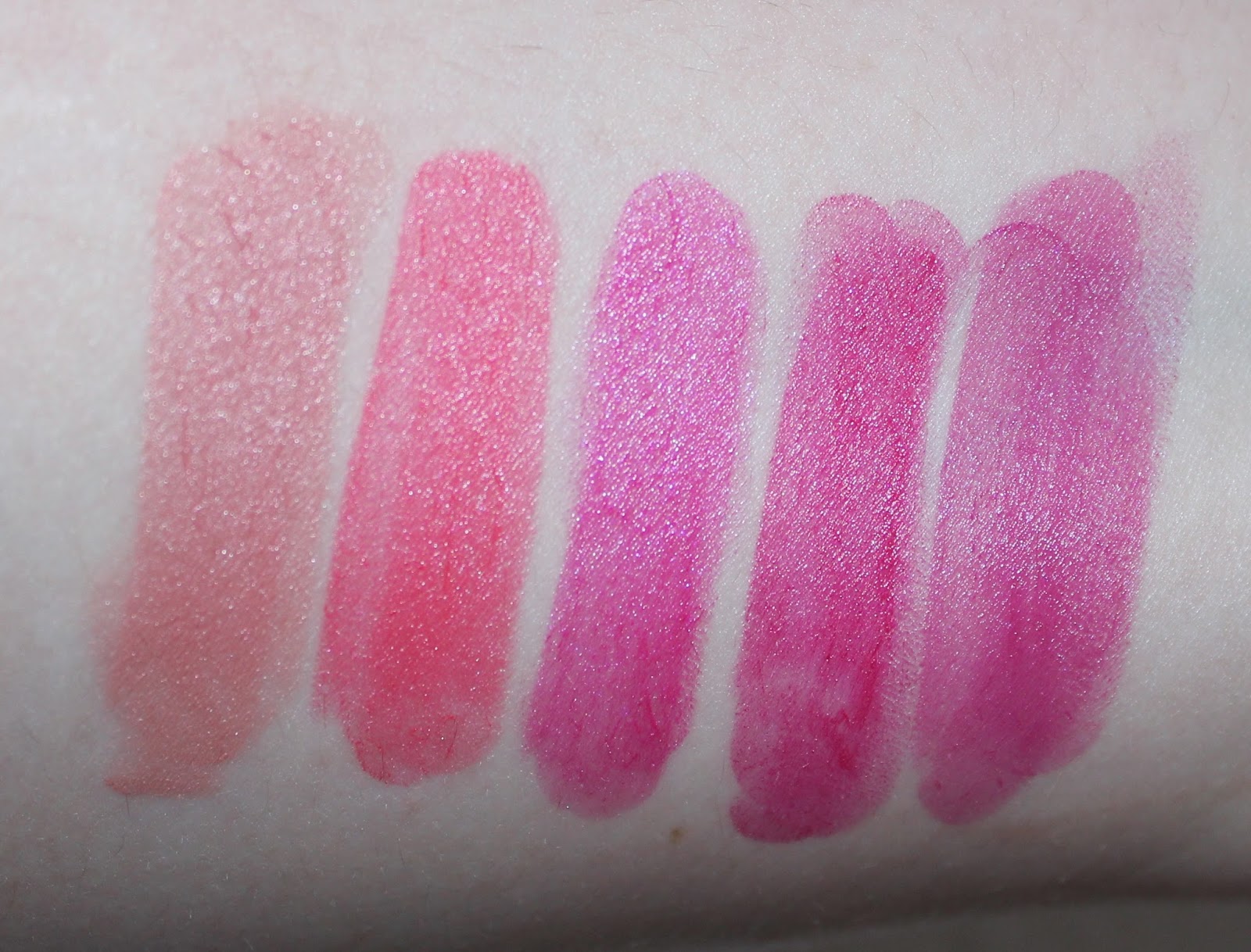 I tried to pick a range of shades because I wanted to try and get a good scope of the collection, though I was immediately drawn to the pink shades. In this swatch Cooper and Jack look quite similar but on the lips they are quite different.

I am really sad that this a limited edition collection. I love these lipsticks and the shade range is phenomenal. If they were around for longer I know I would have added at least another five shades to my collection. I actually prefer the smaller size for two reasons. Firstly I rarely use up a lipstick so I don't need the larger size (and the initial cost outlay is less for the Boy size). Secondly I actually prefer the smaller size of the case. I may be the only one but I sometimes find the full size packaging a little bulky, the Boy size fits perfectly in my handbag and doesn't feel as larger or sharp.

Did you pick up any Boys? Which is your favourite Boy?

Posted by Stephanie at 7:29 pm