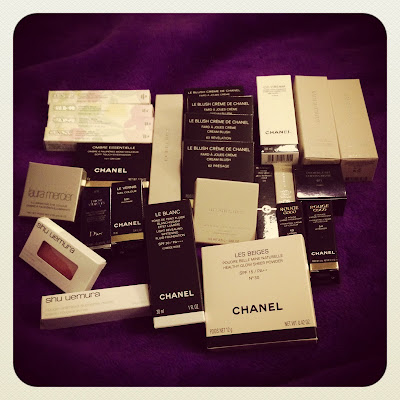 I am extremely happy and proud to say that I successfully completed my six week spending ban. Absolutely no make up was purchased in that time. Woot! I do have some self control.

I feel my spending ban has taught me think twice before purchasing something. It has taught me to question myself as to if I need something before I purchase it. You may not believe it when you finish reading this post but I was actually quite controlled and there were quite a few things I looked at and didn't purchase. 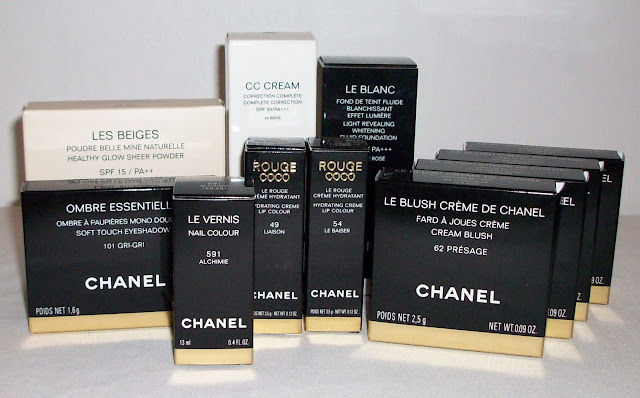 Ah Chanel, my old friend. Honestly, I should just walk into the Chanel boutique at Chadstone and just tell them to take my money. The staff in the boutique are absolutely lovely. I actually got served by the same woman who served me in May and she remembered me. Which definitely made me feel special. Sarah was lovely, helpful and just really pleasant to deal with. It makes shopping there a lovely experience.

I actually made two trips to the Chanel boutique, once on Friday and again on Monday before coming home. I decided I wanted to pick up a couple of extra things whilst I had the chance. 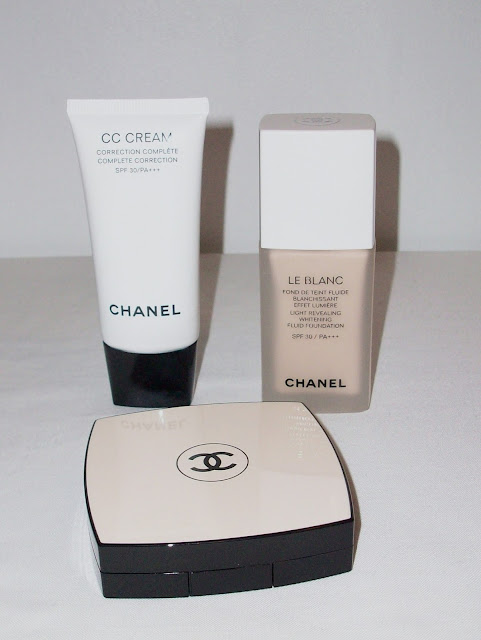 During my first visit, the new Le Blanc Light Revealing Whitening Fluid Foundation was suggested to me. I was told it was very similar to the discontinued Pro Lumiere. I am a foundation fiend and love my Chanel foundations so I had to have it. On my second visit the boutique had only just gotten in a delivery on the CC Cream Complete Correction. They had only gotten four in and I had to have one to try. I also picked up another Les Beiges Healthy Glow Sheer Powder in No.30 for more of a contour/sculpting shade.

I was very happy to find out that the boutique had gotten in the Fall 2013 collection just days earlier, they didn't even have a proper display set up. The item I was most excited about was the Le Blush Creme De Chanel. On the Friday I purchased two of the shades and wanted a third. I purchased both 62 Presage and 64 Inspiration. I also wanted 65 Affinite but they had already sold out of it. Over the weekend I decided I wanted two other shades so I picked up 63 Revelation and 66 Fantastic. 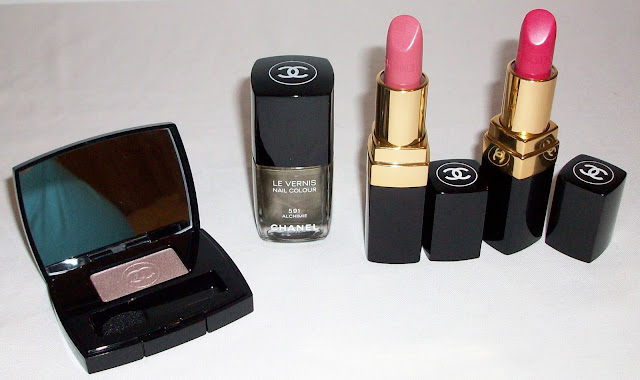 Another item from the Fall collection I had to have was the Ombre Essential Soft Touch Eyeshadow in 101 Gri-Gri. I also had to have the Le Vernis Nail Colour in 591 Alchimie which is a gorgeous metallic khaki. On my second visit I purchased two Rouge Coco Hydrating Creme Lip Colours in 49 Liaison and 54 Le Baiser. I was originally only going to purchase one but they were both so pretty I had to have both (I didn't say I had cured my self control problems). 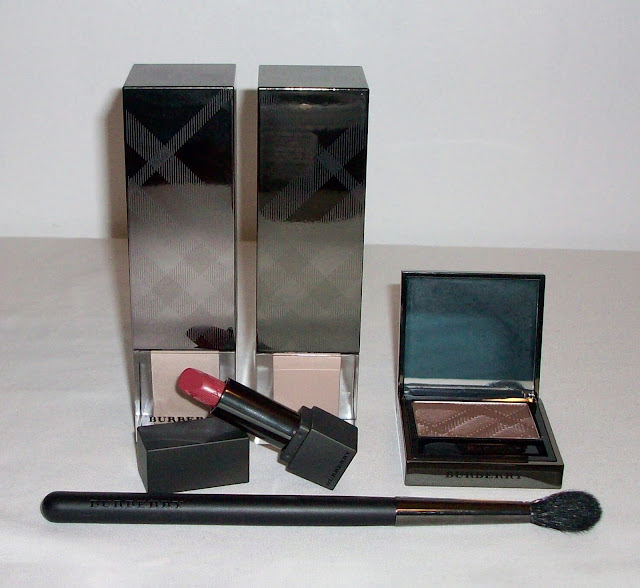 I am very pleased to say I received much better service at the Burberry counter this visit to David Jones, compared to the last time. There was someone actually working the counter!

I picked up the Fresh Glow Luminous Fluid Base like I planned. With the help of the artist at the counter I chose the Sheer Foundation Luminous Fluid Foundation. David Jones had a promotion that you received a free concealer with a foundation purchase, sadly they were out of the shades that would suit me. So instead I got a Eye Brush No.09 Socket Line which is a really nice blending brush.

For the third time they were out of the Sheer Eye Shadow Eye Enhancer in Pale Barely but No.09 Rosewood caught my eye. I also got a mini Lip Velvet Long Wear Lipstick. Seriously why are mini things so cute?!? 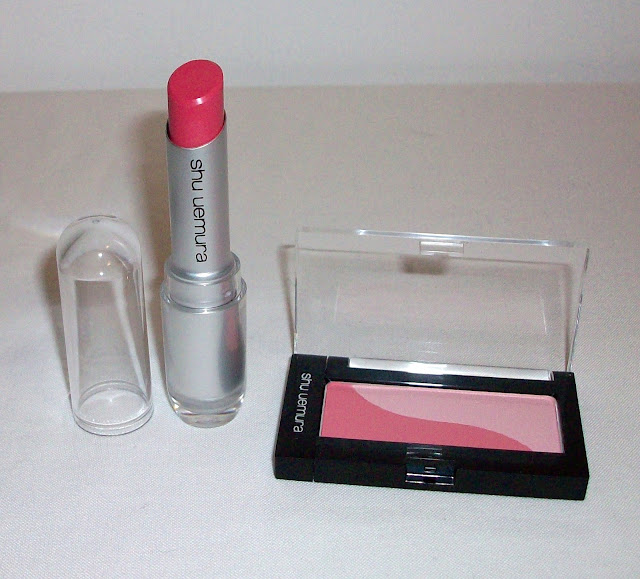 So I originally planned to pick up a foundation at Shu Uemura but since I had already purchased two I decided to skip it for now (see? self control). My control waned when Li Fang showed me the newest collection. I picked up another Rouge Unlimited Supreme Matte Lipstick in M PK 355, a bright coral pink. When I saw the Duo Color Cheek Blush in Sweet Pink, I had to have. 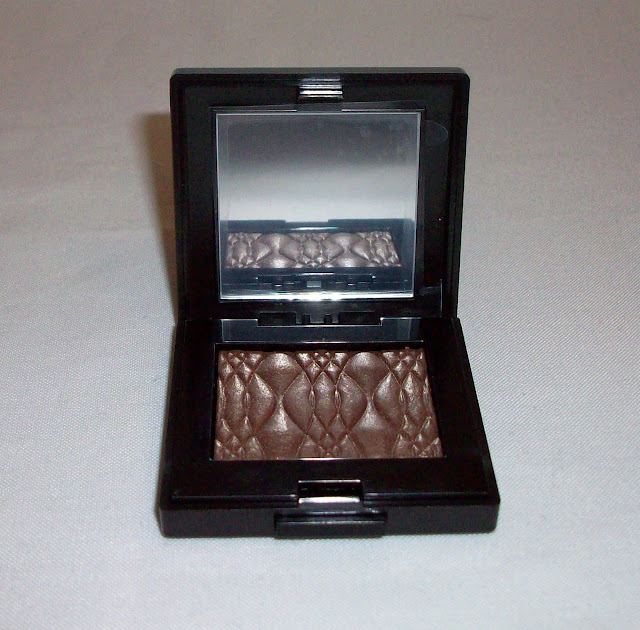 I was so unimpressed with the service at the Laura Mercier counter (think snobby & rude) that I only picked up one Illuminating Eye Colour in Earth Glow. 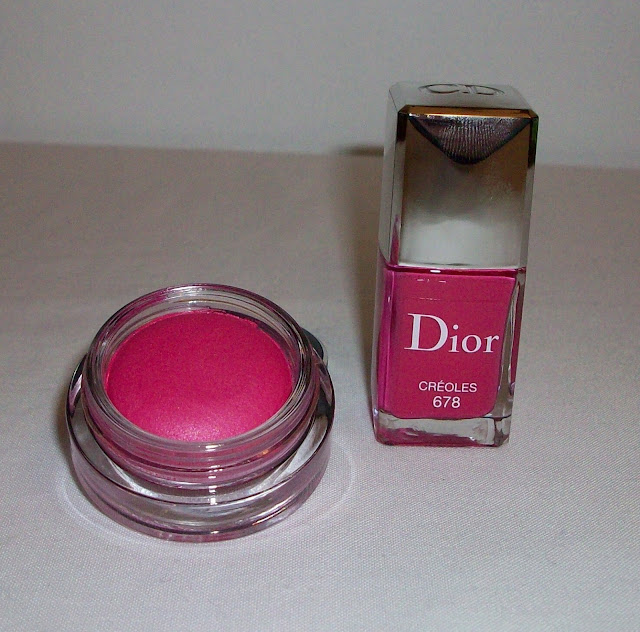 I originally had planned to only purchase a Diorblush Cheek Creme but I got talked into the matching Dior Vernis by the sales woman. I purchased the cream blush in 971 Pareo and the matching nail polish in 678 Creoles. 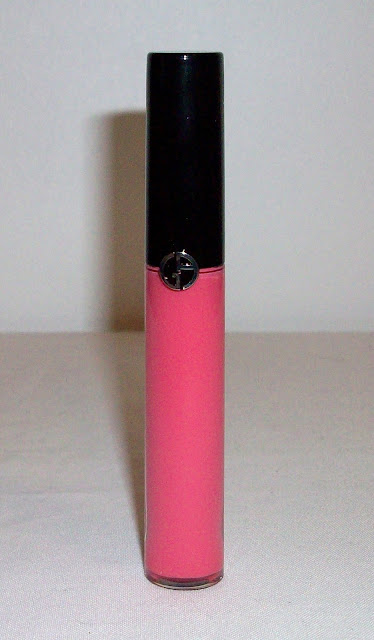 Since I have been loving my Flash Lacquer Crystal Shine Gloss that I purchased in May in a bright pink I decided to pick up a paler shade for everyday wear. I purchased the shade Pink 522. 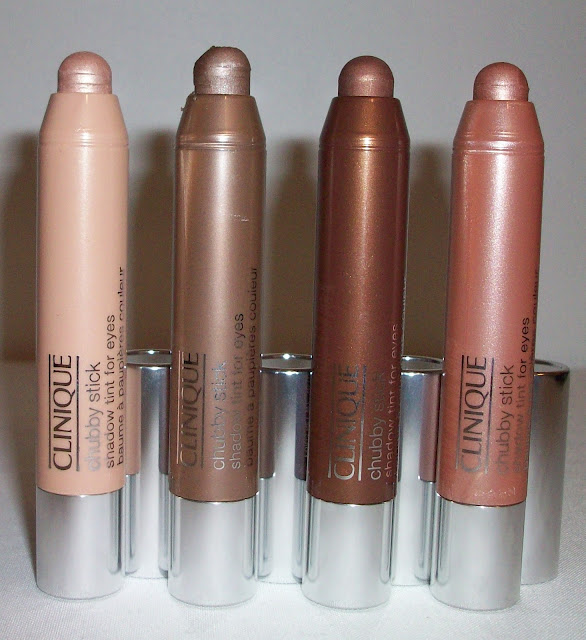 This is one time I really didn't show any self control whilst shopping. The Chubby Stick Shadow Tint for Eyes are something I have been waiting for ages to hit the Australian market. Naturally I had to pick up the four neutral shades. 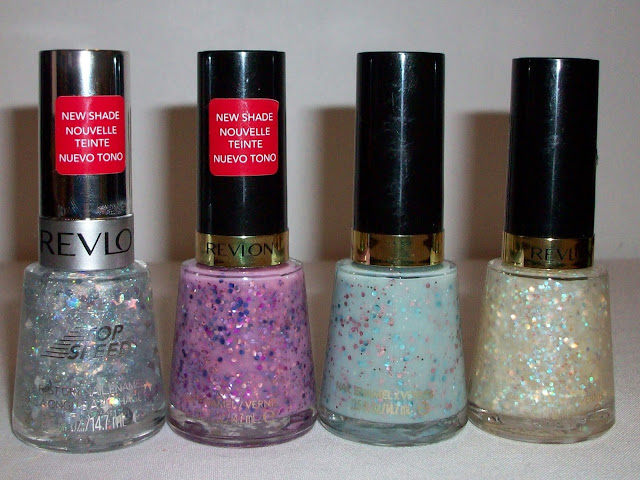 Revlon have really upped their Nail Enamel stakes lately. There are some seriously gorgeous shades out at the moment. I picked up 260 Girly, 430 Whimsical and 770 Heavenly. I also purchased a Top Speed Nail Enamel in 902 Celestial FX - it has moon and star shapes in it! 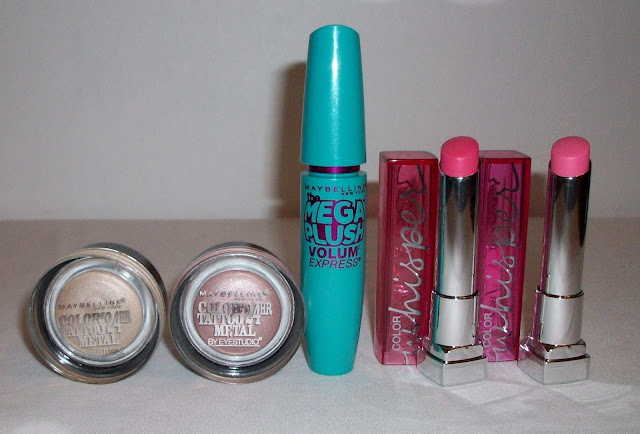 The new releases from Maybelline are something I have been lusting after since my spending ban started. I picked up two of the new Color Tattoo 24HR Metal Eyeshadows, a Mega Plush Volum' Express Mascara and two Color Whisper Lipsticks. 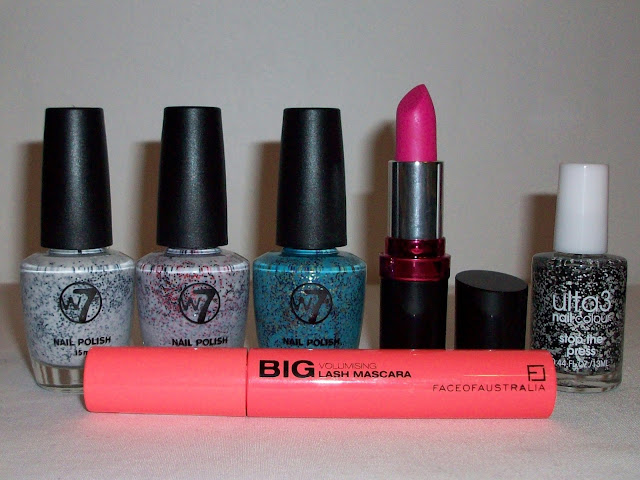 The Nail Polishes by W7 are ones that I have been seeing pop up on blogs quite a bit lately and I had to have some of the 'spotty' ones. The Australis Colour Inject Mineral Lipstick in Teen Pop is part of a new collection and I had to have this gorgeous bright pink. The Ulta3 Nail Colour in Stop the Press has been getting a lot of press lately (see what I did there?). So naturally my 'fear of missing out' syndrome kicked in and I had to have it. The very pretty packaging shade of the Face of Australia Big Volumising Lash Mascara is what had it added to my basket. 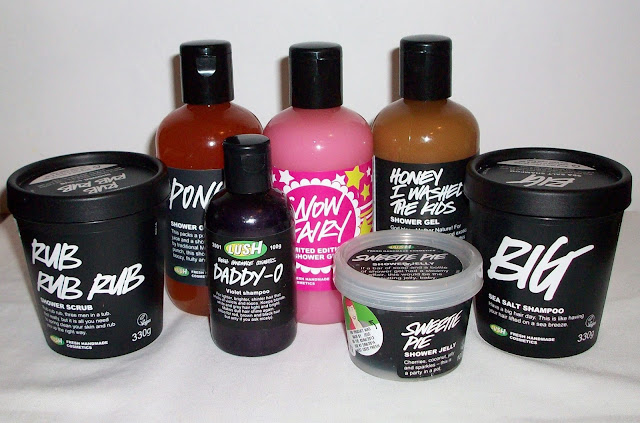 I went a little crazy in Lush. Not being able to go to a store very often had me grabbing everything that took my fancy. I purchased


I am going to smell seriously good for the next few months!

So there is my celebratory haul for completing my spending ban. A bit of an oxymoron isn't it? Oh well, now onto putting the things I learnt during my spending ban into practice. Like - I don't need to own ALL the make up.

What have you hauled recently?

Posted by Stephanie at 8:20 pm