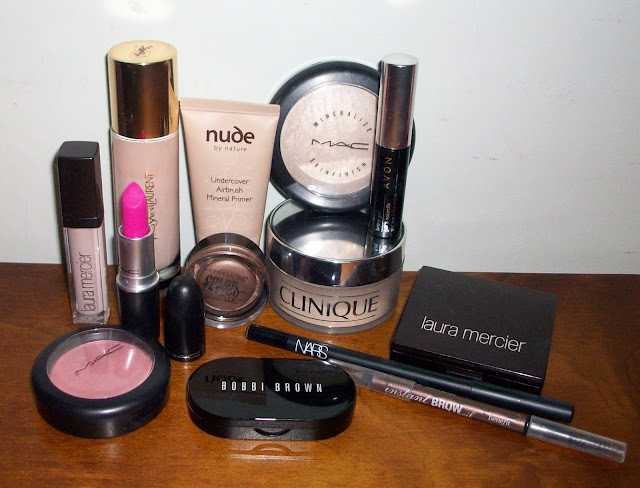 Last night I went to a BBQ for my friend Steph's 21st birthday. It was stinking hot and I was having one of those days where I didn't want to get up. But Steph promised me cake so I decided to get up and make an effort with my appearance and as Steph said, I get a FOTD post out of it.

Doing my make up last night was a bit of a disaster though. It was hot so I was sweaty as I was doing it and it was gross. Then as I applied Avon Glimmersticks Liqui-Glide Eye Liner my eyes had a reaction to it. It was okay on the lid but in the waterline was a whole different story. I was the epitome of 'panda eyes' I literally had black eye liner running down my face. I had to pretty much re-do my make up. Then when I got to Steph's I realised I forgot to apply mascara. I have no idea how I managed that! 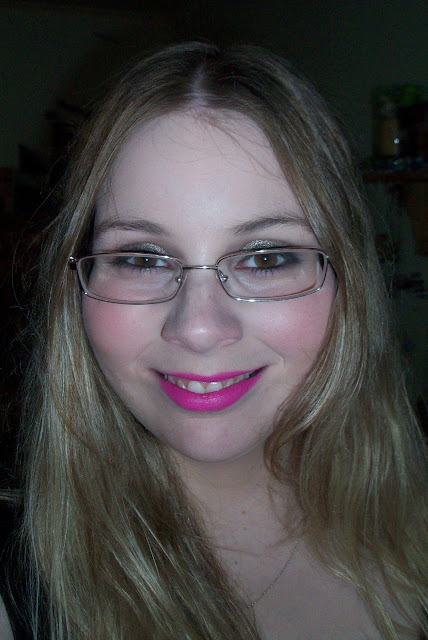 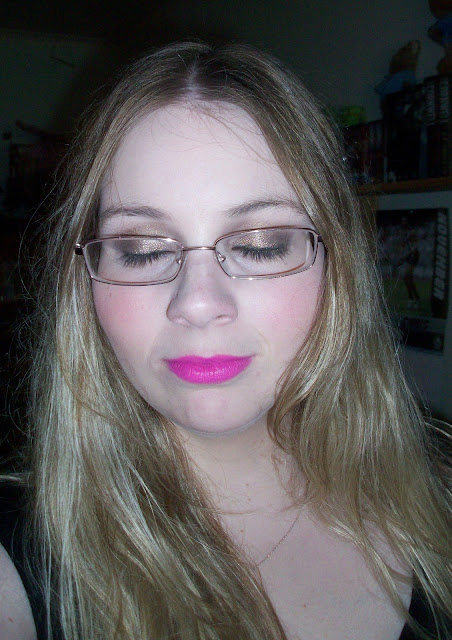 This was my first time wearing Candy Yum Yum out and I was a little worried it was too much but I actually got a couple of compliments on it. I really relaxed wearing it and over 5 hours I only touched up once after eating. I had a great night, catching up with old friends and meeting some new people. Happy Birthday Steph! (I know you are reading this haha).

EXCITING NEWS!
On Friday I was officially offered a job as a teller at one of the "big 4 banks"! I posted about my job interview make up here. I am so excited to have a job, my training starts on December 10th. Hopefully I will be able to pre-write some posts, as for the first two weeks I am working full time and have around 45 mins travelling to and from work. But I am really freaking excited! I was out shopping when they called and I wanted to shout out "I have a JOB!" in the middle of Coles...

I hope you all have had a lovely weekend!
Posted by Stephanie at 10:30 am